We are in the heart of St. Patrick’s country!

St Patrick is world renowned for bringing Christianity to Ireland – and banishing the island’s snakes!

Just a few minutes down the road is The St. Patrick’s Centre,, an exciting interpretative exhibition which tells the fascinating story of Ireland’s Patron Saint. Through Patrick’s own words a light is shone on the arrival of Christianity in Ireland.

Down Cathedral is a Church of Ireland cathedral. It has a turbulent history and stands on the site of a Benedictine Monastery, built in 1183. Destroyed by earthquake, pillaged by the Vikings, burnt by the Scots, destroyed again by the English, it lay in ruins for more than 200 years before being restored in the 1790â€™s. Magnificent stain glass windows, box pews and beautiful organ case enhances this interesting building A stone believed to mark the site of St. Patrick’s grave can be seen in the graveyard..

Replica of an ancient Celtic church, built on the site of the stone barn used by St Patrick as the first Christian meeting place in Ireland, in a barn provided by the local Druid lord, whom St.Patrick had converted. (read more)

Pilgrims flocked here from the 16th until the 19th century. Originally believed to have been a place of Pagan ritual, St Patrick is said to have dedicated the wells to Christianity. The waters are said to have mysterious healing powers. Remains of ancient stone bath houses remain intact. 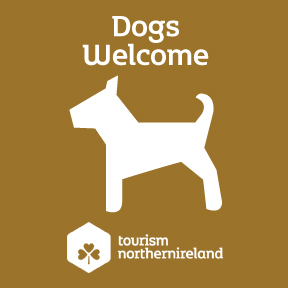